Diagnosis and Treatment of Unexplained Infertility 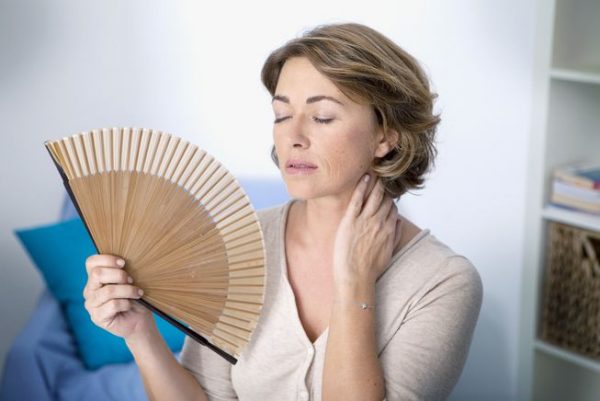 Perimenopause, which means around menopause, refers to the time during which a woman’s body starts to naturally prepare for the onset of menopause. This period is also referred to as the menopausal transition.

Perimenopause starts at different ages in different women. Some may start experiencing irregular periods – the early signs of perimenopause – from the early 40s, while others may experience the same from the mid-30s itself.

During perimenopause, the level of estrogen rises and falls in the body. This is the major reason for the occurrence of changes in a woman’s body. Women in perimenopause may experience symptoms like hot flashes, problems in sleeping, and dryness in the vagina. However, some of these symptoms can be treated with medication.

Signs and Symptoms of perimenopause

There are several signs and symptoms that indicate the beginning of perimenopause, some of which are listed below:

As mentioned earlier, the early signs start showing when the menstrual cycles start fluctuating. This means that women may skip a few periods, experience a change in flow (light or heavy), or the duration of period cycles may change.

Hot flashes are a common occurrence during perimenopause. The intensity of heat varies amongst women. These hot flashes cause a lot of discomfort and affect sleep as well.

With varying estrogen levels, vaginal tissues may tend to lose lubrication and elasticity, leading to painful intercourse. A decrease in estrogen levels also makes the vagina more prone to vaginal or urinary infections.

Lack of enough sleep leads to irritability, mood swings and in some cases, depression during perimenopause. Mood swings are also caused by fluctuating hormone levels.

Fertility depends on ovulation, and with a decrease in fertility, the ability to conceive also reduces. However, pregnancy is possible until a woman has a menstrual cycle.

As evident, changes in hormone levels lead to a decrease in sexual desire. However, after perimenopause and menopause stages are passed, sexual intimacy can be maintained.

Estrogen plays a key role in maintaining bone mass and strength. A reduction in estrogen levels leads to a drop in bone density, which increases the risk of osteoporosis, causing bones to become fragile.

Estrogen levels affect the heart and blood vessels. Variation in estrogen levels can cause low-density lipoprotein (LDL) cholesterol to increase, which is bad for health. It is important to monitor the cholesterol level at this stage to avoid the risk of suffering from heart diseases.

All of these symptoms occur in varying levels amongst women, but if the symptoms become severe, it is best to consult a doctor to rule out any other ailment.