Importance of Vaccinations during Pregnancy 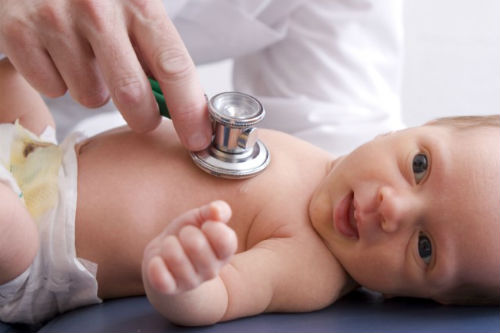 Newborn screening refers to the practice of testing all babies in their first few days of life for certain disorders and conditions that can hinder their normal development.  This testing is typically performed before the baby leaves the hospital.  The conditions included in newborn screening can cause serious health problems starting in infancy or childhood.  Early detection and treatment can help prevent intellectual and physical disabilities and life-threatening illnesses.

Routine evaluation of a newborn includes a number of laboratory tests. These tests are valuable because they have the potential to identify diseases and disorders before symptoms appear and before serious complications arise. Early detection allows treatment that may prevent development of serious health problems.

There is a host of conditions that may be present at birth.  In medical parlance, it is called “congenital” conditions.  These can affect the health and wellness of a newborn.  Though these medical conditions are not common, certain families are more prone to develop such conditions.  Disorders range from difficulties processing certain nutrients (metabolic), to problems with hormones (endocrine), to the production of abnormal forms of hemoglobin (oxygen-carrying protein in red blood cells).  There is no complete cure for all these medical conditions, but early detection of them can help manage them so that the child can grow and live a relatively normal life.

Life-threatening health problems, mental retardation, and serious lifelong disabilities can be kept at bay or minimized if a congenital disorder is quickly identified and treated.  Newborns can be routinely screened for many of these disorders before leaving the hospital using a few drops of blood.  Through this practice potentially fatal disorders, that aren’t otherwise apparent at birth, can be detected.

With a simple blood test, doctors can often figure out if newborns have certain conditions that eventually could affect their normal growth and development.  What is indeed heartwarming is most of the babies are given clean bill of health after the screening.  In the unlikely event, if a disorder is spotted, early diagnosis and proper treatment can make the difference between lifelong impairment and healthy development.

Newborn screening tests varies from hospital to hospital, especially given the advancements in technology.  However, the disorders listed below are generally included in newborn screening program.

Screening for some inherited disorders that don’t come under the ambit of mandatory screening may be recommended if there is a family history of a particular disorder.  Screening generally involves detecting the specific gene mutations or change in the DNA structure associated with that disorder that is prevalent in the family.  If parents have any concern regarding the same, they should inform the neonatologist and enquire whether supplemental tests for their newborn are warranted.

Most hospitals make sure the newborns have their hearing screened before leaving the hospital.  If your newborn is discharged without hearing being tested, make sure that your baby is screened for hearing within the first three weeks of life.  Children acquire critical language and speaking skills in their first few years, so early detection of hearing loss can help prevent further incremental damage to speaking and language skills of the little one.

Screening tests are usually carried out within 24 to 48 hours of life.  In the first two or three days of life, your baby’s heel will be pricked to get a small blood sample for testing.  For some tests, such as phenylketonuria (PKU) and congenital hypothyroidism (CH), it is important that they not be run too soon after birth.  The disorders present may not be clearly evident if done in the first 24 hours.  Some hospitals routinely recommend screening two times, once in the hospital and then about two weeks later. This second screen is done to maximize the accuracy of testing.

Time take to get the result varies by test.  Generally results are available within a fortnight.  It is advisable to ring up the hospital and enquire if you are not contacted regarding the results.  This way you can make sure the tests were done and that results were normal.  If further screening is recommended, your healthcare provider will inform you as soon as possible and tell you what needs to be done next.  What needs to be understood here is additional testing does not mean that the baby is sick, just that further test is required to rule out some medical conditions.  Additional tests should be carried out without further delay as your baby may need prompt treatment.

If you are concerned about your little one’s screening test, talk to your doctor as to which tests were done and whether further tests were recommended.  Your child’s doctor is the right person to give you a clear idea regarding multiple screening tests.

For enquiries related to Newborn Screening, send a message to www.KJKHospital.com/contact