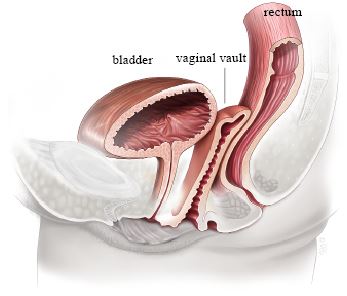 After cesarean births, Hysterectomy is probably one of the most common gynaecological surgical procedures and the route for the same could be either abdominal, vaginal, laparoscopic, or combined approaches. Vaginal Hysterectomy is when the uterus is surgically removed through the vagina. It is by far the safest, least invasive and most cost-effective way to remove a uterus for non-cancerous reasons. When compared to Abdominal Hysterectomy, the vaginal method has found to have fewer complications, with a shorter hospital stay and faster recovery time.

Some of the medical conditions that call for a Vaginal Hysterectomy are Menorrhagia or irregular uterine bleeding, Pelvic organ prolapse, Endometrial Hyperplasia, Adenomyosis, Uterine fibroids, Chronic pelvic pain or Cervical abnormalities. The route of hysterectomy is often guided by certain factors like patient anatomy, good uterine activity, informed patient preference, surgeon’s expertise, volume of uterus equivalent to less than 12 weeks’ gestation, no history of pelvic surgery, normal adnexa, wide maternal pelvis, and no other anesthetic or surgical contraindications. Getting pregnant after a hysterectomy is not possible and hence alternative treatments ought to be explored if fertility needs to be retained.

During a Vaginal Hysterectomy, a small internal incision is made at the top of the vagina. The surgeon then separates the uterus from the connecting tissue and its blood supply to remove the uterus through the vaginal canal. One or both ovaries, the Fallopian tubes or the cervix may also be removed during the procedure as well. Absorbable stitches are used to control any bleeding inside the pelvis after the procedure. A vaginal approach is normally used if the uterus is not greatly enlarged. Patients undergoing a Vaginal Hysterectomy are given general or spinal anesthesia along with sedation so that they feel no pain and the procedure could take around 2 hours. Some surgeons may also use a laparoscope that is inserted through a small incision in the abdomen and pelvis, to facilitate the removal of the uterus through the vagina. Depending on the patient’s age, medical conditions and other procedures, the hospital stay can vary from going home the same day or remaining in the hospital for one or two days.

Vaginal Hysterectomy is generally safe but some risks involved could be heavy bleeding, blood clots in the legs or lungs, infection, damage to surrounding organs or an adverse reaction to anesthetic. If the endometriosis or scar tissue is severe, this could force the surgeon to switch from vaginal hysterectomy to laparoscopic or abdominal hysterectomy during the surgery.As far as life after Vaginal Hysterectomy is concerned, a majority of women have reported improvement in symptoms directly related to the uterus, including pain and vaginal bleeding. The vaginal approach has been found to be more cosmetically pleasing than laparoscopic and robot-assisted hysterectomy or open abdominal surgery with a lower complication rate. The minimally invasive Vaginal Hysterectomy is especially suited for patients of advanced age and small uterus size, as it led to less operation time, less intraoperative blood loss and better postoperative outcomes.

For enquiries related to Vaginal Hysterectomy, please send a message to www.KJKHospital.com/contact