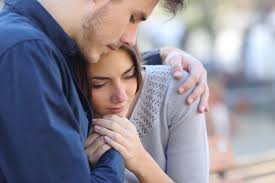 Miscarriage is the spontaneous loss of a baby in the first 20 weeks of pregnancy.  In fact, it is one of the most common pregnancy-related issues.  About 15-20% of the pregnancies end in miscarriage.

The first question that pops in the mind of a woman or a couple after a miscarriage is “why did it happen?”  Ironically, there are numerous reasons for a miscarriage and some of them are beyond our control.  Dealing with a miscarriage is really tough for a couple in general and woman in particular.  The emotional trauma attached to it is devastating with longstanding repercussions like depression, anger, fear and guilt.  The lack of knowledge on what actually leads to miscarriage increases the risk of miscarriage in the future.

At times, it is hard to pinpoint as to what actually went wrong.  Still it is advisable to learn everything you can as to why it happens and how to tell if it is happening to you.  More than 80% of miscarriages occur in the first trimester – which is why many women decide to wait before sharing their pregnancy news until they pass the 13th week.

Let’s have a look at some of the common causes of miscarriage.

Thyroid disorders, be it hyper (too high) or hypo (too low), often lead to infertility issues and sometimes miscarriage.  When the thyroid level is low, the body automatically tries to produce more hormones to compensate the loss and that may lead to suppressed ovulation, whereas an overactive thyroid produces too many hormones and that may interfere the estrogen’s ability to do what it is supposed to do, making the uterus hostile for implantation.

Women with diabetes should tell this to the gynecologist at the first visit itself and need to work with their endocrinologist to manage sugar levels.  Very high glucose levels in the blood rachet up the risk of miscarriage in the first trimester.  Apart from that, it also heightens the risk of birth defects.

Erratic lifestyle habits such as, drug abuse, alcohol and smoking have been found to increase the risk of early miscarriage and pregnancy loss in later trimesters.  Being physically fit during pregnancy significantly reduces the risk of miscarriage.  Most women do not realize that they are pregnant until a few weeks after their missed period.  By that time crucial developments such as the fetal spinal cord formation and the heart-beating have already happened.  So if you plan to get pregnant make sure you have proper diet and exercise.  Limiting stress level is also another important lifestyle measure that one can adopt before getting pregnant.

Abnormalities in the uterus such as septum or polyps or cervical incompetency can also causes miscarriages.  Losses due to physical complications generally happen in the second or third trimesters.

Like physical abnormalities, miscarriages that result from blood clotting disorders (such as Factor V Leiden) are rare, but do occur.

It is widely-debated topic among the gynecologists and obstetricians, firstly because still a lot of clarification is needed before emphatically stating that immunological disorders do cause miscarriage.  However, it is widely accepted that certain autoimmune disorders prohibits embryo growth.  In such cases the body does not just accept pregnancy.  Some researchers are of the opinion that certain antibodies present could be among the most common causes of miscarriage.  For e.g. lupus is an autoimmune disease that can increase the risk of miscarriage, primarily because of anti-phospholipid antibodies that these women often carry.  Any woman who has had recurrent miscarriages (more than three), unexplained fetal death after 10 weeks is recommended to be tested for anti-phospholipid syndrome.  Ironically, you cannot control if you have these antibodies.  In the unlikely event, if there are traces of these antibodies, there are treatments to reduce the risk of miscarriage and pregnancy loss.

Always check with your doctor before taking any medications to be sure a drug is safe to use during pregnancy.

Other conditions that can cause miscarriage:

For enquiries related to miscarriages and other complications during pregnancy, send a message to www.KJKHospital.com/contact