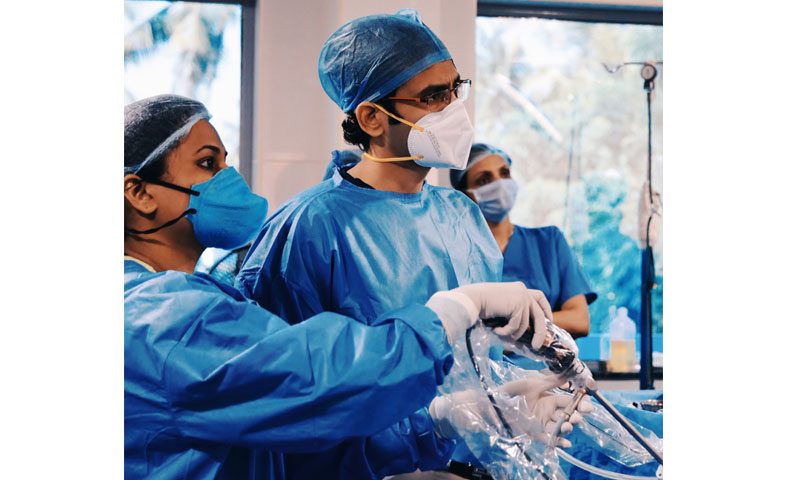 A hysterectomy is a safe surgical procedure with minimal risk when performed by experts. The procedure is often advised in cases like endometriosis, pelvic support problems, gynecological cancer, abnormal uterine bleeding or for chronic pelvic pain. A partial hysterectomy is when only the uterus is removed. If the specific condition calls for it then the along with the uterus and cervix in a total hysterectomy the tubes and ovaries may also be need to be removed.

A laparoscopic hysterectomy involves making a few small incisions, about one-half-inch long, on the abdomen. One of these incisions is made over or near the belly button through which a thin, long metal tube with a light and camera on the end is inserted. The abdomen is then filled with a gas to allow the surgeon to see more clearly for completing the procedure.

Once the procedure is complete, the incisions are covered with bandage. A vaginal pack which is a special gauze is inserted into the vagina to absorb the bleeding. In the initial stage right after the procedure a catheter will help drain the bladder for up to 24 hours. Some pain for the first few days after surgery is normal.

The recovery with a laparoscopic hysterectomy is quite faster and the post-operative discomfort is also minimal. Other benefits can include decreased blood loss, shorter hospital stay, speedier return to normal activities, and fewer abdominal wall infections when compared with abdominal hysterectomies. Vaginal hysterectomy approach could be challenging if there is a history of an adnexal mass, endometriosis, pelvic pain, and prior abdominal surgery.

Laparoscopic hysterectomy recovery can vary and depends on several factors, most importantly the general health of the person being operated on. Most patients can go home one or two days after the surgery. Complete recovery could take four to six weeks. Sexual intercourse is generally allowed 12 weeks after the surgery.