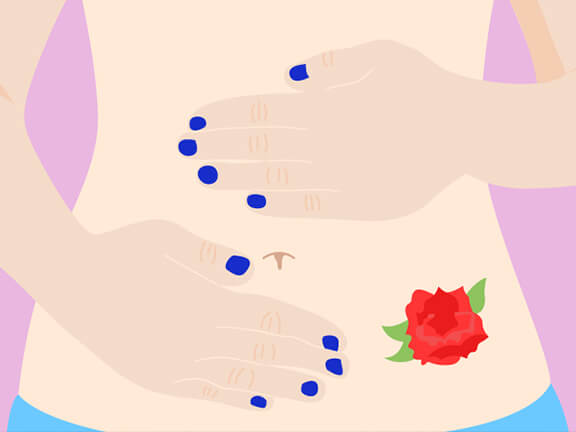 Polycystic ovarian syndrome, also known as PCOS is one of the prevalent reproductive disorders in women and among the leading causes of infertility globally. With about one in every ten females being afflicted by PCOS in India, it’s high time that this syndrome was brought out into the limelight and awareness created as it goes undetected for many years in most women.

This syndrome was first described as early as 1935 and comprises of a number of symptoms that vary from one patient to another. In some women, this hormonal disorder may present as infrequent menstrual periods, while in others it may present as prolonged bleeding. The ovaries here contain numerous immature eggs that do not mature, and hence the concept of the fluid-filled ‘cysts’ in ovaries. However, PCOS isn’t just about these cysts, but an amalgamation of gynecological, cosmetic and metabolic disorders.

The patient may present with scanty, irregular or heavy periods, which are themselves red flags for PCOS in adolescents. Along with this, the female can also develop acne, facial hair, a heavier voice and thinning of scalp hair to various degrees….these cosmetic symptoms can lead to depression in the young adolescent mind and cause them to shy away from society. For some unknown reason, females with PCOS are also found to be more prone to developing Type 2 diabetes, heart disease and thyroid disease.

In normal females, the ovaries produce both the male and female hormones, but in patients with PCOS, the balance gets deranged with excessive secretion of the male hormone.

It’s often diagnosed when women are finding it difficult to get pregnant and seek medical help. And for those that do get pregnant, there are higher chances of miscarriage due to insufficient hormones to support the pregnancy. Its prevalence is more among the 15-30 years age group among Indians, more so in those who are obese. Early diagnosis and treatment can help control symptoms and prevent infertility and other related health complications from developing.

A number of causative factors have been postulated for PCOS; excess insulin is believed to play a role here as cells become resistant to insulin, resulting in higher blood sugar levels and an associated higher circulating insulin levels. This excessive insulin increases androgen production by the ovaries, resulting in problems with ovulation and pregnancy. People with ongoing low-grade inflammation also stimulate polycystic ovaries to produce more androgens, thereby creating an imbalance. All these are aside from the hereditary factor where PCOS runs in families.

Diagnosis of the condition is through history-taking and checking for blood sugar, insulin and testosterone levels coupled up with an ultrasound of the uterus and ovaries.
Treatment includes lifestyle changes including losing weight, more exercise, and medications to promote and regulate ovulation.

However, the need of the hour is increasing awareness of this syndrome to the public.